Archaeology of the Present

A Review of Julie Escoffier at Efrain Lopez Gallery by Luke A. Fidler

A review by Robin Dluzen 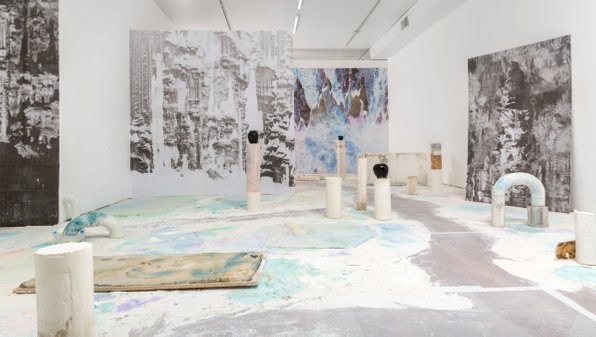 The space of ellipsis is with neither origin nor clear reflection, but rather triple mirroring of a sort; the hybrid becomes the multiplicitous.

Elementary dicta: the mark is of an omission, unfinished by principle;generos by exposing chance and overcoming failure. Escoffier’s current exhibition may be described as photographic. Photography, usuallyunderstood as a mechanical imprint of the world’s fleeting images on solid surfaces, ishere transformed to an alchemical terrain, where images appear through photo andother chemical reactions on architectural segments. Its desire is to expose a hiddentruth; the latent grotte that surrounds it.