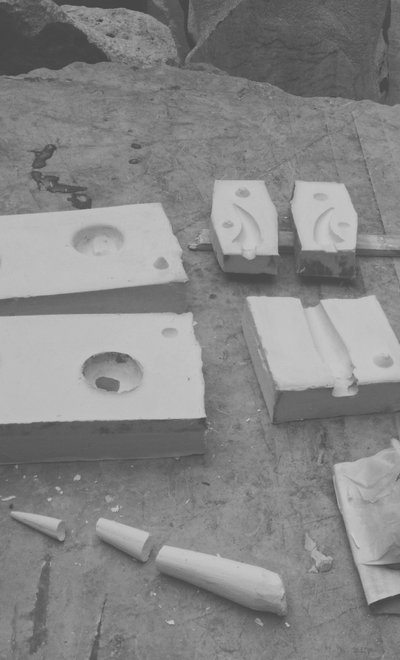 Escoffier holds a BFA and MFA from École nationale supérieure des Beaux-Arts de Lyon. She was the recipient of the Fondation Kenza grant in 2013 which allowed her to complete her post diploma in Mexico City at the Escuela Nacional de Pintura, Escultura y Grabado (La Esmeralda). Following her studies, she extended her stay by settling more permanently in Mexico City, and then in southern Mexico where she co-founded an artist residency, DEDAZO, of which she was the Program Coordinator from 2015 to 2020. She is currently the Co-founder and Director of Kairos curatorial project.

She has received grants from the Secretary of Foreign Relations (SRE) of Mexico, and MAPPE in Quebec. Escoffier has been an artist in residence at ADERA (Lyon, 2017 - 2020), the Fountainhead Residency (Miami, 2018), or the Casa Wabi Foundation (Oxaca, Mexico, 2017). Most recently, Escoffier collaborated with a scientist (Héloïse Thouement) and together they were recipients of a crossed residency supported by the region Nouvelle-Aquitaine in France, allowing them to work at the Chalet Mauriac (Gironde, France, 2020) and with the Centre international d’art et du paysage (Ile de Vassivière, France, 2021).